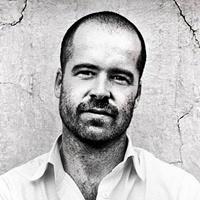 Adam Ferguson is concerned with visual story telling and its ability to shape our opinions about social phenomenon. Ferguson completed a Bachelor of Photography at Australia’s Griffith University, is a member of VII Photo Agency and is a contributor to The New York Times, Time Magazine and National Geographic. He has received numerous honors for his work, including awards from World Press Photo and Pictures of the Year International. His photographs have been published internationally by Vanity Fair, Newsweek, Rolling Stone, Stern, The Financial TImes Magazine and Human Rights Watch, among others.