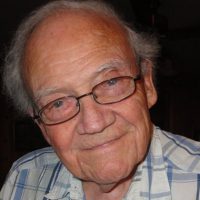 Les Leverett worked for Associated Photographers in Nashville from 1952 until late 1956 and started the photographic department at The National Life Company in 1960. Leverett’s photographs have been seen on hundreds of album covers, and his many honors include a Grammy for best album cover photography for Porter Wagoner’s 1966 album “Confessions of a Broken Man” and Billboard’s Best Country Cover for Dolly Parton’s 1973 album, “Bubbling Over.” Leverett was presented with the Distinguished Achievement Award by the International Bluegrass Music Association in 2001 and the first Distinguished Achievement Award by the California Bluegrass Association in 2006.