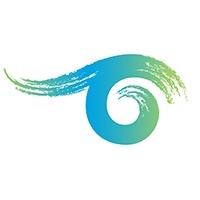 Michael Lavine took his first photograph with a pinhole camera made out of a milk carton when he was ten. Growing up in Denver, Colorado he played high school lacrosse and worked as the yearbook photographer. In the early 80’s He attended The Evergreen State College in Olympia WA where he fell in with a group of misfits and documented the underground punk scene unfolding on the streets of Seattle. 26 years later, Abrams published a book of Michaels photographs from that time titled GRUNGE, the quintessential book of images documenting the birth of that infamous movement.