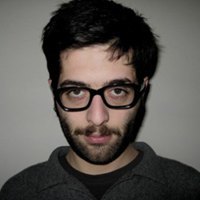 Alessandro Imbriaco currently lives and works in Rome. He has won the 2008 Canon Award for Young Photographers and World Press Photo 2010 Contemporary Issues 2nd Prize with his feature on the Casilino 900 nomad camp. His work has been shown in solo and collective exhibitions.

Since 2008, Imbriaco has taken part in the Reflexions Masterclass by Giorgia Fiorio and Gabriel Bauret. He has been selected for the 18th Annual World Press Photo Joop Swart Masterclass 2011. With his work “Angela’s Garden,” he won the grant at the latest edition of the Pesaresi Awards in 2011, within the SI Fest in 2011. He has been selected as one of the 15 photographers presented by Foam Magazine as Talents of 2011.