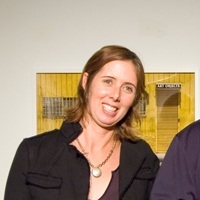 Southern California native Amanda Keller Konya received an MFA from Otis College of Art and Design, a BFA from California Institute of the Arts and an MA from California State University, Northridge. Keller Konya’s work has been exhibited regionally and internationally at a variety of cultural institutions including: The Houston Center for Photography, The Los Angeles International Airport and the Angkor Photography Festival in Siem Reap, Cambodia. In 2005 she self published her first book, “Rungs In The Ladder” followed by “School’s Out, Forever?” in 2006. She is an educator in the Los Angeles area and works out of her Santa Monica based studio.