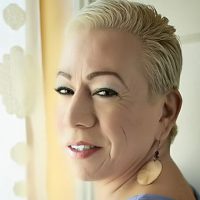 Bamby Salcedo is the president and CEO of the TransLatin@ Coalition, a national organization that focuses bringing voice and visibility to transgender Latinxs in the U.S. She is the co-founder of the Center for Violence Prevention & Transgender Wellness, a multi-purpose, multi-service space for transgender people in Los Angeles. Salcedo also helped the Pan American Health Organization develop a blueprint for providing competent health care services for LGBT people.

Salcedo’s work as a collaborator and a connector through a variety of organizations reflects her skills in crossing various borders and boundaries. She has served and participated in many local, national and international organizations and planning groups. Salcedo shared the stage with Vice President Biden at the opening plenary session of 2016’s The United State of Women, one of several panels at the White House she appeared on. She has also served as the Opening Plenary Speaker at several conferences, including the 2015 National HIV Prevention Conference and the United States Conference on AIDS (in 2009 and 2012).