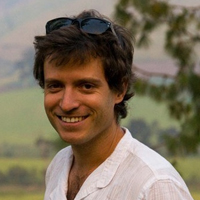 Bent-Jorgen Perlmutt is a Brooklyn-based filmmaker. Most recently, he directed, produced and edited Havana Motor Club for Samuel Goldwyn Films, a feature-length documentary that explores Cuba’s underground drag racing community and their quest to hold the first official car race since the Cuban Revolution. The film premiered in competition at the Tribeca Film Festival.

Perlmutt has been a correspondent for UNICEF and has made films for healthcare-related NGOs such as The Chopra Center, HelpAge International, UNICEF, UNIFEM, the New York Academy of Medicine, Every Mother Counts, and HEAL Africa. He is a member of the National Board of Review of Motion Pictures, was named one of Filmmaker Magazine‘s “25 New Faces of Indie Film,” and a recipient of a two Sundance Institute and Sloan Foundation grants. He has taught filmmaking at Columbia University, William Paterson University, and all over Africa for organizations including Mira Nair’s Maisha Film Lab and Peter Gabriel’s Witness. He holds a B.A., with honors, from Brown University in Creative Writing and an M.F.A. from Columbia University with honors in Film Directing.