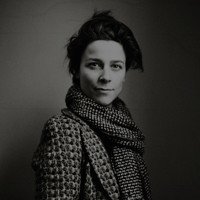 Camilla de Maffei works as a freelance photographer and lives in Barcelona, Spain. She has a degree in Philosophy and Aesthetics. Since 2009, she has focused her work in the Balkans area, developing long term projects in Bosnia-Herzegovina, Macedonia and Romania. She is interested in the concepts of limit, borders and periphery ‒ bound to the idea of political and geographical Europe. Her work “The Visible Mountain, Sarajevo” was granted by CONCA in 2010, and in 2013 was awarded by the Prix du Jury, Prix Echange-Fotologgendo, Prix Public in the Les Boutographies festival.

De Maffei’s project “Smoking Women,” about elderly sex-workers, was awarded by CONCA in 2010. In 2013, her project “Corridor 8” was a finalist in Fotopress 2013. She was selected by PDN as a new and emerging photographer to watch in 2014. De Maffei is the founder and coordinator at El Observatorio, Space for Creative Photography, based in Barcelona.