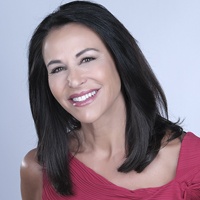 Fernández is the president of the first Latina-owned, Hispanic-themed media and management company in Los Angeles. She is also a member of the Smithsonian National Board for Latino Initiatives and has worked on the Board of Trustees of Children’s Hospital Los Angeles. In 2006, the Association of Fundraising Professionals named her Outstanding Philanthropist of the Year.