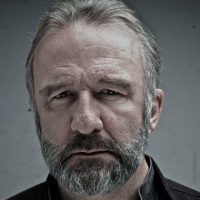 As a former advertising photographer, and one of the first users of numerical assembly in photography, Jean-François Rauzier created the concept of “hyperphoto,” a term that essentially means putting together many high resolution images into a collage. Rauzier composes virtual and monumental images by assembling up to thousands of high-definition close-ups, creating gigantic works with extreme precision. His collages are incredibly detailed recreations of reality, giving rise to fabulous fantasies in which viewers can zoom and navigate around.

Rauzier’s work has been shown all over the world including cities such as Paris, Los Angeles, New York, Seoul, Istanbul and London. He has won numerous awards including Arcimboldo and Eurazeo.