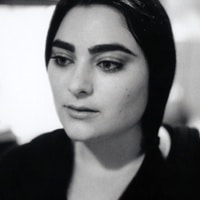 Lauren Dukoff has worked with such celebrated artists as Beyoncé, Lady Gaga, Tom Hanks, Katy Perry, Beck, Oprah and Neil Young, and perhaps most prolifically, Devendra Banhart and Adele, friends and collaborators whom she has documented for many years. Her photos have appeared in the pages of Vanity Fair, Vogue Japan, L’Uomo Vogue, The New York Times Magazine and W.

In 2008, her work was shown at L.A.’s Armand Hammer Museum, and has since been displayed in various galleries around the world. In 2009, her first book, Family, was released to critical acclaim. She is the recipient of numerous industry awards including the PDN ‘s 30.

I like to think that whether I’m shooting musicians, actors, or models, it’s all about collaborating with creative people. I’ll be inspired by someone’s music or by a designer’s gown, and that will end up affecting my choices and how I approach the shoot—like the lighting I’ll use, or how I’ll frame the shot, or something else. I let my subject guide me and just see what happens.