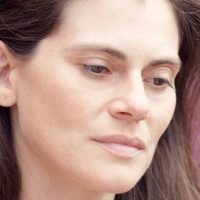 After studying Economics and graduating from the Grande École Sup de Co Lyon, Lauren Marsolier decided to pursue her early passion for photography, and took classes at Parsons, the International Center of Photograph and the School of Visual Arts in New York.

Marsolier’s latest project, which began in 2005, addresses the psychological experience of transition and our conflicting relationship to a world that is becoming increasingly fast-paced and dematerialized. Referencing our present-day simulated environments, she creates photographic landscapes by combining different shots in a way that deliberately lets us suspect their fabricated nature. Unlike traditional photography that seizes an instant of reality, her images are built over the course of several months and convey a sense of timelessness that prompts the viewer to contemplate them as one would a painting.