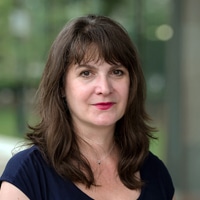 Sasha Waters Freyer is the director, producer, and editor of Garry Winogrand: All Things are Photographable, winner of a Special Jury Prize at the 2018 Sundance Film Festival and selected by PBS’ American Masters to air in early 2019. A moving-image artist who primarily creates short experimental films in 16mm, she is attracted to outsiders, misfits, and everyday radicals. Her films have screened at the Telluride Film Festival, the Film Society of Lincoln Center, the Rotterdam, Tribeca, Big Sky, Havana, Videoex, and Ann Arbor Film festivals; IMAGES in Toronto, the National Museum for Women in the Arts, the Museum of the Moving Image in New York, Union Docs, the Pacific Film Archive, LA Filmforum, and Rencontres Internationales Paris/Berlin, as well as the Sundance Channel and international cable and public television. Freyer is the Chair of the Department of Photography and Film at Virginia Commonwealth University.