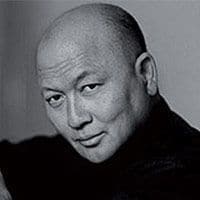 A photographer, makeup design director and master of color, Tyen has worked for the past 30 years with the House of Dior to create some of its most enduring images and products. He began his career doing stage makeup for the Paris Opéra, but was soon discovered by the magazine world, where he created looks for photographers such as Richard Avedon, Irving Penn and Bill King.

Within a year, Tyen revealed his talents as a photographer, first for his own campaigns, then for established fashion magazines: Vogue, L’Uomo Vogue, Harper’s Bazaar and Elle, and for prestigious designers such as Versace, Valentino, Issey Miyake and Gianfranco Ferré, among others.